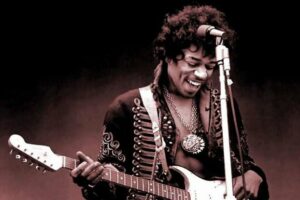 Like the Prince estate I discussed last week, the Jimi Hendrix Estate is another example of how wrong things can go if you don’t have a will – from a little bit different angle.

Jimi Hendrix died at the age of 27 in 1970.  He had $20,000 in his bank account and numerous debts, including back taxes.  He didn’t have a will and probably thought he didn’t need one – but he was wrong.  Hendrix’ death spawned decades of litigation that is still ongoing.

An attorney took over the administration of the estate and provided Hendrix’ father – Al – an income from the royalties and other proceeds from the estate.  A series of transactions by the attorney administering the estate resulted in Al Hendrix suing the administrator for conflict of interest and breach of fiduciary duty.  At that time, in 1994, the estate was valued at $80 million – a far cry from Jimi’s net worth in 1970.

When Al Hendrix died in 2003, his estate plan left all of his rights in the Hendrix estate to his adopted stepdaughter, Janie – and completely excluded Hendrix only blood-related sibling, Leon.

This resulted in another lawsuit when Leon contested Al’s estate plan.  Leon claimed that Janie unduly influenced Al causing Al to write Leon out of the estate plan.  According to Janie, the estate spent millions of dollars defending litigation brought by Leon and the litigation was dismissed in 2007.

Despite the loss, Leon has attempted to use Jimi’s name and likeness to sell various products.  The most recent attempt was using the Hendrix name to sell various marijuana and alcohol-related products.  This use spurred a 2017 lawsuit from the estate, that was ultimately resolved in an out of court settlement.

When Jimi Hendrix died in 1970, Leon Hendrix was his only blood sibling – Jimi’s younger siblings had been given up for adoption by his parents.  And, according to Leon, he was the person closest to Jimi at his death.  Now, because Jimi died without a will, all Leon has received from Jimi’s estate is whatever he has extracted through settlements of lawsuits. Would Jimi have wanted his brother – and by extension his nieces and nephews – to receive a portion of his estate?  Probably.  However, when he died without a Will, his entire estate was given to his father – meaning Al’s estate would control further distribution.

So, when Al Hendrix died – more than 30 years after Jimi – his relationship with Leon, not Jimi’s, controlled what Leon would receive from Jimi’s estate.  If Jimi had even done a simple will that properly spelled out his wishes, a large amount of the litigation would have been avoided and it would have ensured that Jimi’s wishes were followed.

Here are some articles I used preparing this post:

If you’re interested in getting more articles likes this, signup for our newsletter and get our FREE Estate Planning Checklist here!